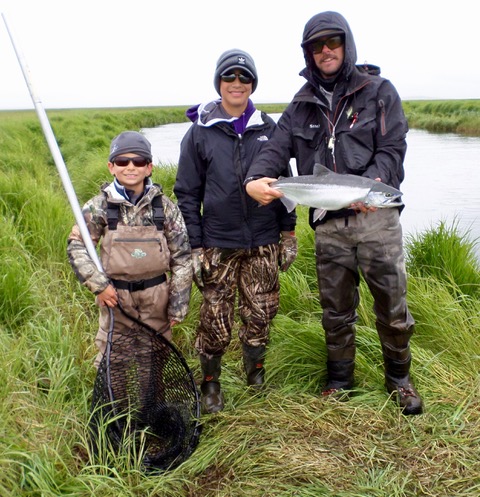 An all time record run of sockeye salmon was reported by the Alaska Department of Fish & Game at Wildman lodge.  Fish & Game employees counted a record 238,000 sockeye entering our home river, before pulling the weir on July 18th, more than doubling last years record 92,000 count, which was the strongest sockeye run in the previous 10 years by newly double.

Area Fisheries Biologist, Robert Murphy, told Wildman Lodge owner, Butch King, that this year’s run was the largest sockeye return in recorded history through the Ilnik weir which was first installed in 1991.  The wier forces the salmon to pass through a counting funnel to estimate the number of salmon returning to the river to spawn each year.  The 500 foot Ilnik weir is Alaska’s largest salmon weir, where the Alaska Department of Fish & Game’s annual sockeye escapement goal is 40,000 to 60,000, an estimate needed to sustain this valued sockeye salmon run which yields between two and three million salmon to the off shore commercial fishery in our area.